Jeff Noller has been the creative force behind the band Skittish for over 10 years. Sprung from the lake country of Minnesota in 2007, Skittish has earned critical acclaim for the Paul Simon meets Arcade Fire blend of bedroom folk-rock. Choosing the name Skittish was a nod to the kinship and calm Noller has found around animals, and less so around people. Other musicians seem to be the exception to that preference, because although he writes and records on his own, many talented Midwest musicians have joined Noller in the Skittish lineup over the years.

“The artists on past Skittish records have made me sound way better than I actually am. I don’t know where I’d be without them making me look good.”

It is hard to find a group in the Twin Cities that doesn’t have some connection to a Skittish record. 6 albums in, Skittish is cemented as a Midwest music staple. When Skittish signed with Spectra Records in 2013, life on the road became the norm. Years of touring the country made Skittish one of the “can’t miss” acts in the Twin Cities music scene. Industry recognition came with CMJ charting and two Independent Music Award nominations in 2016 for Album and Single of the year.

In 2018, Noller temporarily stepped back from life on the road and went to graduate school in Savannah for film sound.
“Dive bars were replaced with classrooms, and my days started at 8am. Yeah, it was a bit of an adjustment,” Noller says of his time in Savannah.
One thing that didn’t change was the desire to make music. He began using the school’s studio after hours to record songs he had written since arriving in the ‘Hostess City of the South.’
“I lived in a small apartment with thin walls, so I had been writing soft little acoustic songs I could whisper-sing to myself instead of doing homework.”
Eventually, these became the tracks on Skittish’s 7th album “Savannah Sessions.” Local Savannah musicians lent their talent.
“I met a busker in Forsyth Park who absolutely crushed anything on the violin. I managed to sneak in classmates who could sing and drum to fill out a few songs as well.”
Soon after graduate school ended, the Covid-19 quarantine started.

“It has given me time to mix the songs and indulge my introverted ways. Spending a lot of time on your own, whether self-inflicted or quarantined, its only natural to turn inward. I never want to stop questioning and poking at assumptions. There are tools like therapy and psychedelics that can help you discover more about yourself and your place in this world. Music is another one of these tools. Its an instrument of empathy that helps you connect. If I can’t hang out with you in person and spend all night talking tangents, then at least I can reach out with this record.” 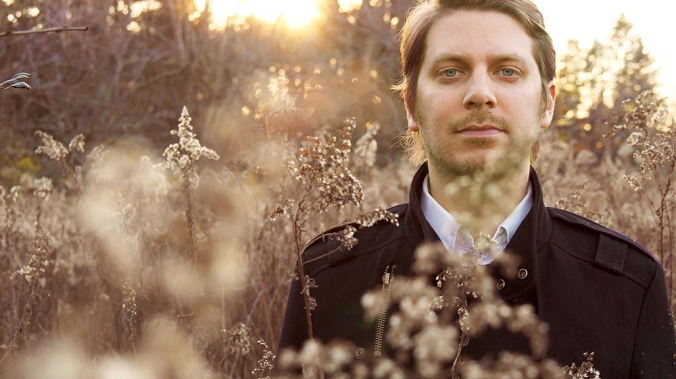 When looking at the songs on Savannah Sessions, a lot of ground is covered. ‘The Hole’ is a confessional exploration of the idea of a God Hole, eventually concluding that it can be better to live for someone other than yourself. The rocky relationship ride of ‘Car Crash Companion’ gives way to the dark southern gothic of ‘Before the Devil Knows.’ ‘Hello Deadly’ recounts the real life story of a New Orleans serial killer that spared those who played jazz at night, while ‘Beautiful in Black’ is an a cappella tribute to an anxious loved one.
Looking back at the last decade, Noller remarks, “Its hard not to get sentimental. The support for Skittish albums has given me the independence and creative outlet I love so much. Everyday I’m thankful for the people that like what I do. Hopefully the music makes them feel less-alone, because their connection certainly has done that for me.”
For those that are unsure of their place in this world, there will always be Skittish to keep you company.